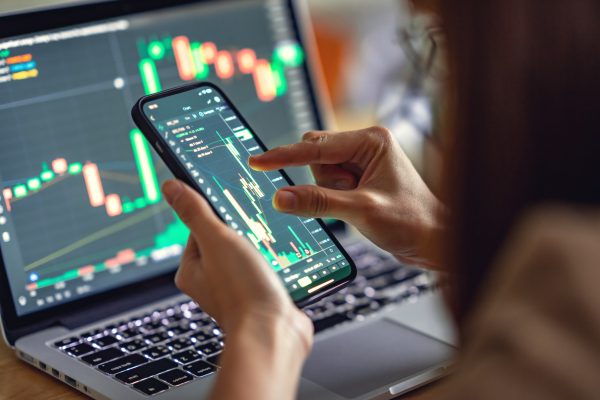 Wall Street received a boost from the Federal Reserve on Wednesday, regaining some of the losses it has posted lately. The rally came as the Fed hiked rates by 75 basis points and left open the possibility of a similar increase at its next meeting.

Acadia Pharmaceuticals (NASDAQ:ACAD) was among the standout gainers on the session. The stock posted a double-digit percentage climb on hopes that the firm will receive regulatory approval to expand the use of its antipsychotic drug to Alzheimer’s patients.

Elsewhere, Sanderson Farms (SAFM) rallied to a new 52-week high after an analyst said the poultry producer had upside potential as a standalone company.

Acadia Pharmaceuticals (ACAD) rallied nearly 16% after U.S. regulators published details related to an expanded use for one of the firm’s drugs ahead of an advisory committee meeting later this week.

The U.S. Food and Drug Administration released briefing documents related to the firm’s pimavanserin, an antipsychotic therapy that ACAD is hoping to use for patients with Alzheimer’s disease. The move came ahead of Friday’s advisory committee meeting.

ACAD’s pimavanserin is currently sold for use in Parkinson’s disease psychosis. The FDA is slated to make a decision in early August about expanding use of the drug to Alzheimer’s patients.

A weak earnings report prompted a significant downdraft in Planet Labs (PL), sending shares of the Earth-imaging company lower by more than 11%.

The firm revealed a net loss for its latest quarter that widened from last year. Meanwhile, revenue climbed almost 26%.

Analysts had a negative reaction to the results, with several price target reductions. The Wall Street community cited mounting losses and reduced valuations in the sector for the moves.

Weighed down by the news, PL dropped 59 cents to finish Wednesday’s trading at $4.56.

The stock, which came public in a SPAC deal late last year, reached a post-SPAC low of $3.70 in May. It bounced well off that mark to approach its 2022 highs by the end of the month. However, shares have been dropping again lately, losing about a quarter of their value so far in June.

Despite a deal to be acquired, Sanderson Farms (SAFM) closed above its takeover price again during Wednesday’s session. The stock received a boost from an analyst’s assessment that SAFM had upside potential as a standalone company.

After a choppy session, the stock finished higher by 1%. However, this was enough to take it to a new 52-week high.

SAFM gained $2.37 on the session, reversing losses seen during the middle of the day. Shares finished at $209.78, above the $203 per share contemplated in its planned sale to Continental Grain/Cargill.

Shares also touched an intraday 52-week high of $210.22. The gains added to a longer-term upswing for the stock. SAFM has climbed 12% in the last month.

A note from Barclays pushed the stock higher, with the firm noting, “we continue to see very strong cash generation ahead and if the takeover by Cargill & Continental Grain were to fall through, we could see upside for SAFM from current level.”

Camping World Holdings (CWH) added to its recent weakness, as investors showed skepticism about the company’s aggressive expansion plans amid signs of slumping demand. The latest slide took the stock lower by another 4%, with CWH reaching a new 52-week low.

Taking the most recent dip into account, the stock hasn’t had a winning day in the past five sessions. CWH dropped about 8% over the past week.

During its recent losing streak, data were released that showed that RV retail sales had dropped 31% in April.

Meanwhile, CWH announced this week that it had reached an agreement to purchase a dealership in Arizona. A little more than two weeks ago, the company announced plans to expand in seven states this year.

For more of the day’s biggest winners and losers, head over to Seeking Alpha’s On The Move section.

Stocks surged in the wake of the Federal Reserve’s latest interest rate announcement, with the Nasdaq ending Wednesday’s session higher by 2%. Investors focused on comments from Fed Chair Jerome Powell suggesting that the central bank was starting to make progress in its fight against inflation.

Chinese tech stocks participated in the rally, bolstered by news that Blackrock (BLK) had taken an increased stake in Baidu (BIDU). Alibaba (BABA), JD.com (JD) and Pinduoduo (PDD) all received a boost as well.

Snap (NYSE:SNAP) moved in the other direction, dropping in the wake of its quarterly update.

Baidu (BIDU) attracted an increased stake from asset manager Blackrock (BLK), sparking gains among China-based tech names. Investors bet that the sector will continue to draw capital now that the Beijing government has moved away from its zero-COVID policy.

A regulatory filing showed that BLK raised its passive stake in the Chinese tech giant to 6.6%, up from a prior mark of 3.5%. On the news, BIDU soared 13%.

This sparked gains throughout the sector. Alibaba (BABA) and JD.com (JD) each rose around 2%. Pinduoduo (PDD) climbed about 5%.

Stronger-than-expected revenue and a narrower loss inspired a wave of buying in Peloton Interactive (PTON). Shares of the one-time pandemic darling, which has plunged since its post-COVID highs, jumped almost 27% on the day.

The home exercise equipment maker reported an adjusted EBITDA loss of $122M, compared to $267M in the same period last year. While its product revenue dropped 52% from last year, subscription revenue rose 22% and now makes up a majority of its top-line total.

PTON finished trading at $16.36, rising $3.43 on the day. This extended gains seen over the past month. The stock has more than doubled since the end of 2022.

With Wednesday’s advance, PTON reached its highest close since last May. However, shares remain about 39% lower for the past year.

“We continue to face significant headwinds as we look to accelerate revenue growth, and we are making progress driving improved return on investment for advertisers and innovating to deepen the engagement of our community,” the firm’s CEO said.

SNAP slumped $1.19 to close at $10.37. This reversed some of the gains the stock posted headed into its earnings report. Shares remain about 17% higher for 2023 so far.

ODFL reported Q4 EPS of $2.92, exceeding expectations by $0.25. The bottom line was bolstered by operational improvements and a sharp decrease in purchased transportation costs.

Wednesday’s advance added to a recent upswing, with the stock climbing 30% so far in 2023.

To see more of the day’s best- and worst-performing stocks, head over to Seeking Alpha’s On The Move section.

The U.S. has started to detain imports of aluminum products suspected of being made through forced labor, particularly from China’s Xinjiang region, shipper A.P. Moller-Maersk (OTCPK:AMKBY) said Tuesday, according to Bloomberg.

U.S. Customs has begun issuing “detention notices” for such products, the shipper said in an advisory, adding the action probably would target aluminum used in automotive parts.

“Companies importing aluminum products, or commodities with aluminum components, should be proactive in ensuring compliance” with the Uyghur Forced Labor Prevention Act, Maersk (OTCPK:AMKBY) said, referring to legislation signed into law by President Biden in late 2021.

The impact on U.S. aluminum markets likely will be small, Bloomberg reported, as the U.S. imports virtually no primary aluminum from China, and less than 24K metric tons/month of value-added products.

Due mostly to a rally in industrial metals on China’s reopening from COVID restrictions, Alcoa (NYSE:AA) shares have surged 22% so far this year.

Gas stoves are coming under renewed scrutiny as the U.S. Department of Energy published a proposal Wednesday for new regulations for the appliances, some of which have never been subject to federal efficiency standards.

The proposed rule-making would set new efficiency standards for both electric and gas cooking tops, preventing them from exceeding set levels of energy use per year.

“We are concerned that this is another attempt by the federal government to use regulations to remove viable and efficient natural gas products from the market,” American Gas Association President Karen Harbertsaid.

Groups representing makers of ranges from companies such as Whirlpool (NYSE:WHR) also aid they were alarmed by the proposal.

Florida governor Ron DeSantis, a potential 2024 presidential candidate, has included an exemption from state sales taxes for all gas appliances as part of his budget for the new fiscal year.

The DoE proposal comes just three weeks after an official with the U.S. Consumer Product Safety Commission floated a potential ban on gas stoves, prompting sharp criticism that forced the Biden administration to disavow the idea.