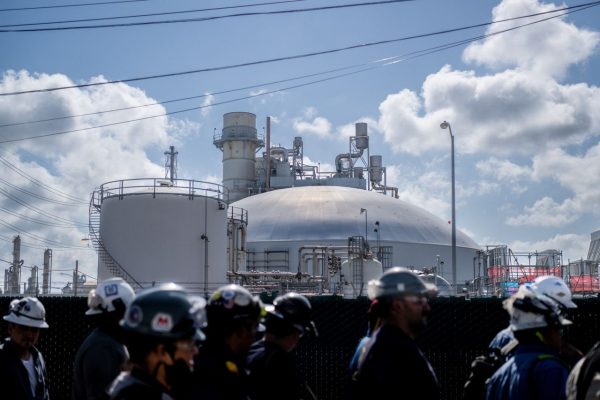 Prices for diesel fuel have soared by ~50% this year to $5.35/gallon, a record premium over gasoline and crude oil, in another example of how disruptions to globalized energy markets are producing price shocks and potential shortages.

The spread between diesel and gasoline has widened to an all-time high of $1.61/gallon from a mere $0.23 difference a year ago, according to The Wall Street Journal; the U.S. has only 25 days of diesel in reserve, the lowest since 2008, according to the Energy Information Administration.

High prices are hitting businesses from mining and manufacturers to distributors and retailers, who are paying record sums to transport goods; meanwhile, refiners are reaping record profits, and shares of Valero Energy (NYSE:VLO), Marathon Petroleum (NYSE:MPC) and Exxon Mobil (NYSE:XOM) have surged more than 80% YTD.

U.S. diesel inventories have trended down since summer 2020, and are now ~10% below their previous five-year low, but the figure is 40% in the northeast.

The current domestic diesel deficit is driven largely by exports, particularly to Europe, where it often fetches higher prices, and legal restrictions on the types of ships that can shuttle fuel between locations in the U.S. add costs that encourage selling overseas.

East Coast inventories of diesel and heating oil are currently at 25M barrels, and Macquarie strategist Vikas Dwivedi told WSJ that an average winter deplete them by ~20M barrels, but an especially cold winter “could easily draw down 23, 24, 25 million, and that’s all you’ve got.”

Such scary statistics are behind rising talk from the Biden administration of forcing limits on U.S. fuel exports.

Activision Blizzard (NASDAQ:ATVI) is 3.6% lower postmarket alongside a holiday eve report that the Federal Trade Commission is likely to file an antitrust lawsuit to block its $69B acquisition by Microsoft (NASDAQ:MSFT).

The FTC hasn’t yet voted out a complaint or even meet with company lawyers, but its staff reviewing the deal are skeptical of the companies arguments for the transaction, Politico reports.

That comes as much of the “heavy lifting” in the probe is done – including depositions of Microsoft chief Satya Nadella and Activision CEO Bobby Kotick – even if the investigation isn’t over, according to the report.

And if the FTC does proceed with a suit it could come as soon as next month.

Objections to the merger have primarily come from Microsoft’s console rival Sony (NYSE:SONY), which says it would be hurt significantly if Microsoft decided to make Activision best-sellers like Call of Duty exclusive to the Xbox – though the FTC’s concerns range beyond that, especially to the developing cloud gaming market.

Sony was reported to have met with Europe’s antitrust regulator about the proposed transaction in September, and Microsoft responded to that opposition with complaints in October.

Meanwhile, China’s “normal procedure” review of the deal may be nigh.

PBF Energy (NYSE:PBF) rejected a request from the California Energy Commission to testify at a hearing next week on gasoline price spikes, citing Governor Gavin Newsom’s “politicization of this issue” and failure to listen to warnings about the state’s declining gasoline production, Bloomberg reported Wednesday.

“Refining is an extremely capital-intensive business,” and “California’s regulatory environment is putting future investment in refining and fuel manufacturing at risk in the state,” PBF (PBF) wrote in its response to the regulator.

PBF (PBF) is on track to make nearly $3B in profits this year, which it is using to pay down the “exorbitant debt” it took on to survive California’s COVID-19 lockdowns, the company said in its letter.

The planned hearing comes as gasoline prices in California remain the highest in the continental U.S., with an average of $5.157 per gallon of unleaded gasoline, according to AAA; Newsom has blamed “greedy” oil companies “ripping off” customers at the pump.

LexFintech Holdings (LX) stock jumped 5.7% in Wednesday after-hours trading after the Chinese fintech company’s board authorized the company to buy up to US$20M more of its shares and American Depositary shares over the 12 months starting Nov. 17.

As of Sept. 30, the company had bought ~40M ADSs for ~US$44M under its existing US$50M share repurchase program.

“Other key financial, operational and overall risk level metrics were well on the track of a gradual trajectory of recovery quarter over quarter this year,” said Chairman and CEO Jay Wenjie Xiao.

Adjusted net income per ADS attributable to ordinary shareholders was RMB 1.73 (US$0.24) , down from RMB 3.09 in the year-ago quarter.

Ahead of the Q3 results, SA contributor The Value Pendulum saw downside risks for the quarter.